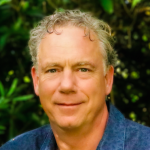 Michael Munro was a London based pianist and jazz singer between 2003 and
2011. Prior to he lived in New Zealand where he wrote and produced two
jazz programs for New Zealand’s ‘National Radio’. Michael also wrote and
produced eighty plus television and radio soundtracks from 1988 to 1996.

He has performed worldwide: in Tahiti, with his band, ‘Le Coco Club’, and
in London at various venues including Rubens at the Palace, The Milestone,
The Oyster Bar in Sloane Street, Le Quecumbar, The Melia Whitehouse and
Smollensky’s On The Strand.
Michael lived and performed at the Shangri-La in Singapore, and has
performed at The 2006 New Orleans Mardi Gras, and The Green Dolphin Jazz
Venue in Cape Town.
Michael’s piano style has a strong rock-jazz feel. Having spent time in
Cuba and Brazil, he also has a flair for Latin jazz and Afro-Cuban music.
Michael has been strongly nfluenced by pianists such as Keith Jarrett,
Dave Gruisin and Ruben Gonzales. His bluesy vocals have been influenced by
artists such as Donny Hathaway, Billy Withers and Al Jarreau.

Michael is also author of newly published thriller Eye of the Songbird.  Reviews are glowing:   He talks about his book at Te Takere on Saturday 11 August, 2:30 pm.

What happens when a New Zealand team of scientists find one of the world’s
largest flawless diamonds on the last piece of sovereign-less land –
Antarctica?
What happens when upscaled terrorist laws turn against political
pro-active citizens?
Michael Munro’s new Kiwi thriller, Eye of the Songbird, unpacks these
perennial concerns. Some have described this fictional story as a
geo-political thriller, an environmental one. It’s a story of people in
the modern world where the compelling need for environmental survival
comes head to head with economic survival.